The artistic stimuli of Paulina Cassimatis are drawn from people of everyday life whom anyone can meet in parks, squares, streets and neighbourhoods, inside rooms or in the outside areas of the houses of a busy city which gives shape to states of reconciliation with acceptance and independence of the plurality of solitude.

The subject is identified with the beholder. And he/she looks, face to face, at his/her self. The attention of the gaze is focused on the directness and at the same time on the blissful unawareness which the figures convey, as if the stifling rhythms and the anxieties have ceased to pursue them.  The verisimilitude and the directness of these figures are shown by means of the clothes they wear, by the way in which they balance in the space,  by the features of the individuality which each manifests, as they stand or walk, while others sit, muse, reflect and think, projecting their three-dimensional development in conjunction with momentary presence in time.

The various magnitudes and the varieties of Paulina Cassimatis’s sculptures consist of stone or clay painted in vivid tones and bright colours. Their stances are normal or probable. The colours, nevertheless, stress the supposed intentions of the figures or their moods. In other cases again the figures themselves serve as images personifying colors.

Depending on the arrangement of the sculptures in each instance in the space and the dynamic density or the spacing between them, “environments’ are created. At the same time these sculptures are ‘interpolated’ into the space which they appropriate, thus redefining the natural environment on each occasion.

Each figure, female or male, denotes individualized but also social characteristics of its nature and way of life,of ways of thinking, ideas, psychic particularities, preferences and interests or daily occupations, proposing an informal dialogue of contacts, relations and, at the same time, of differentiations. These features bring out isolated and at the same time collective behaviours which serve as testimonies of the age in which we live, of its rhythms and myths. 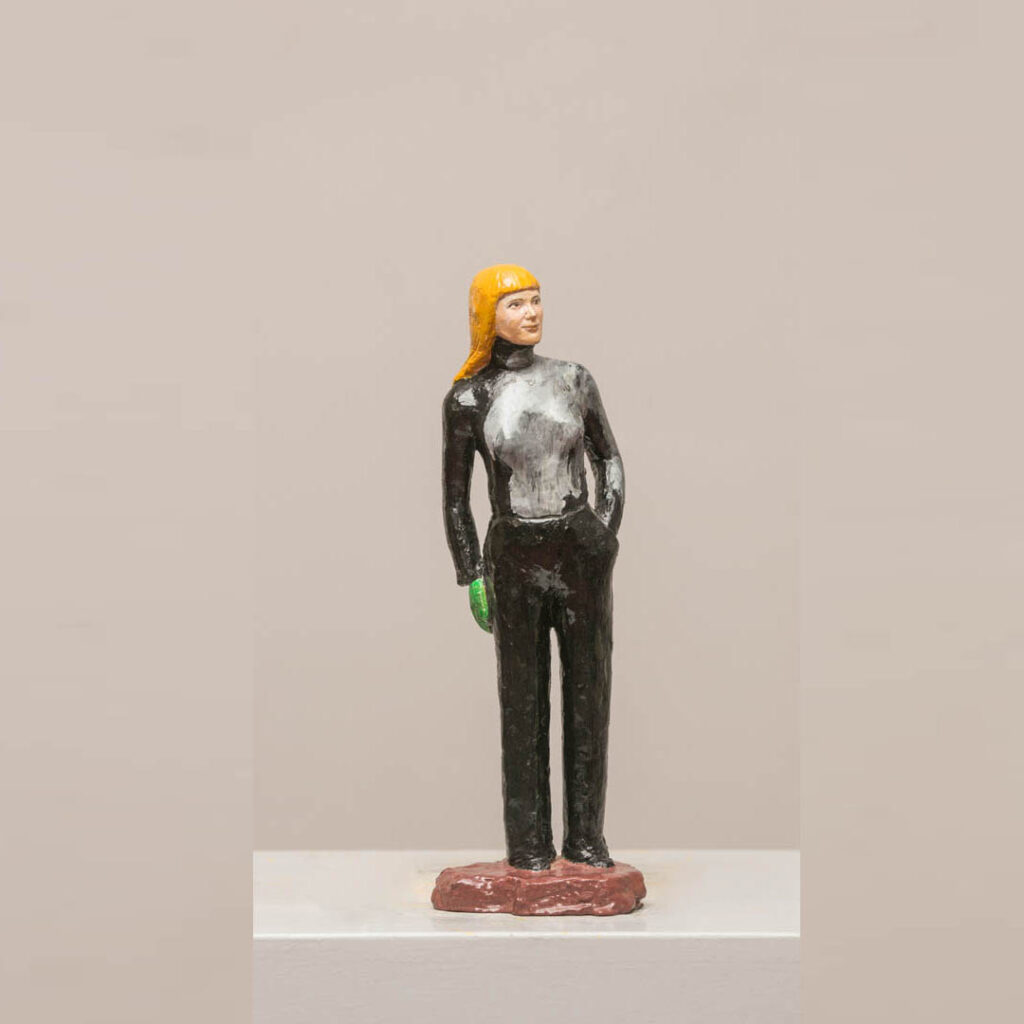 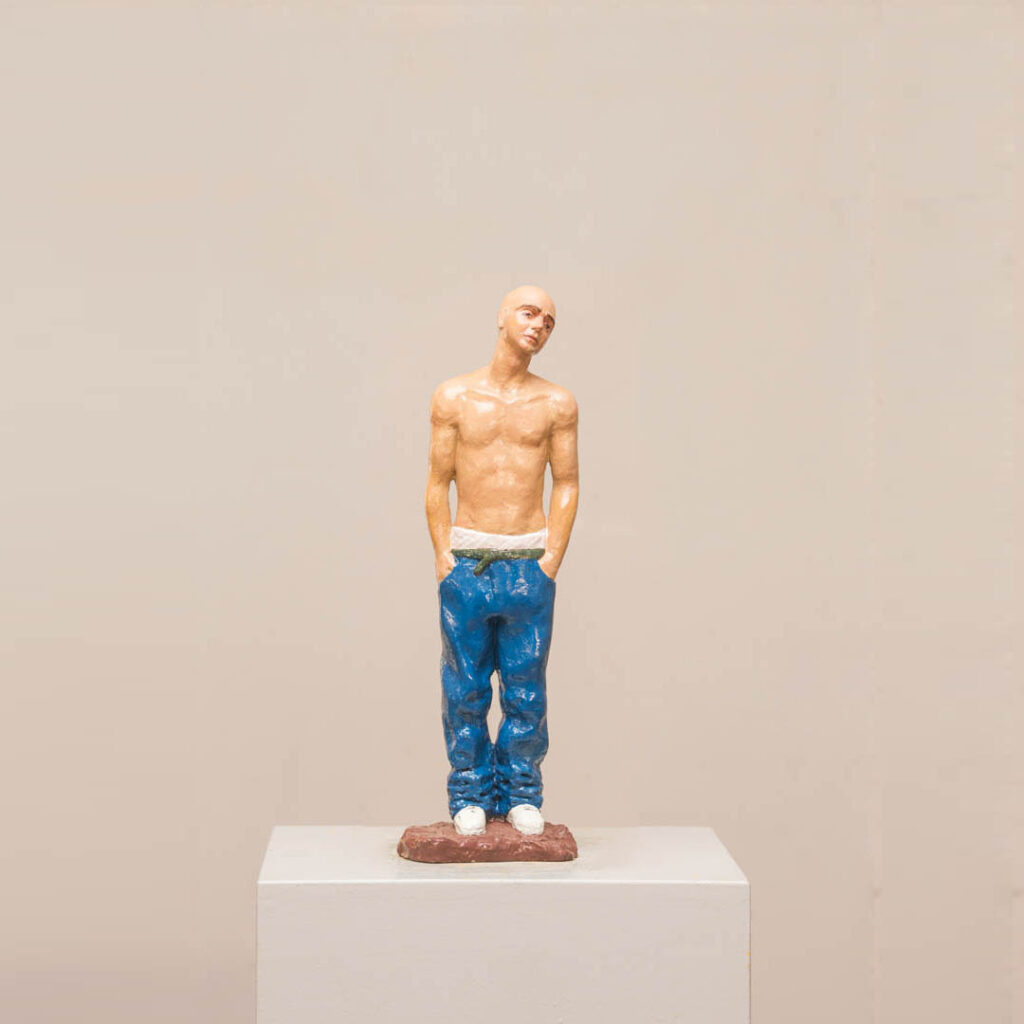 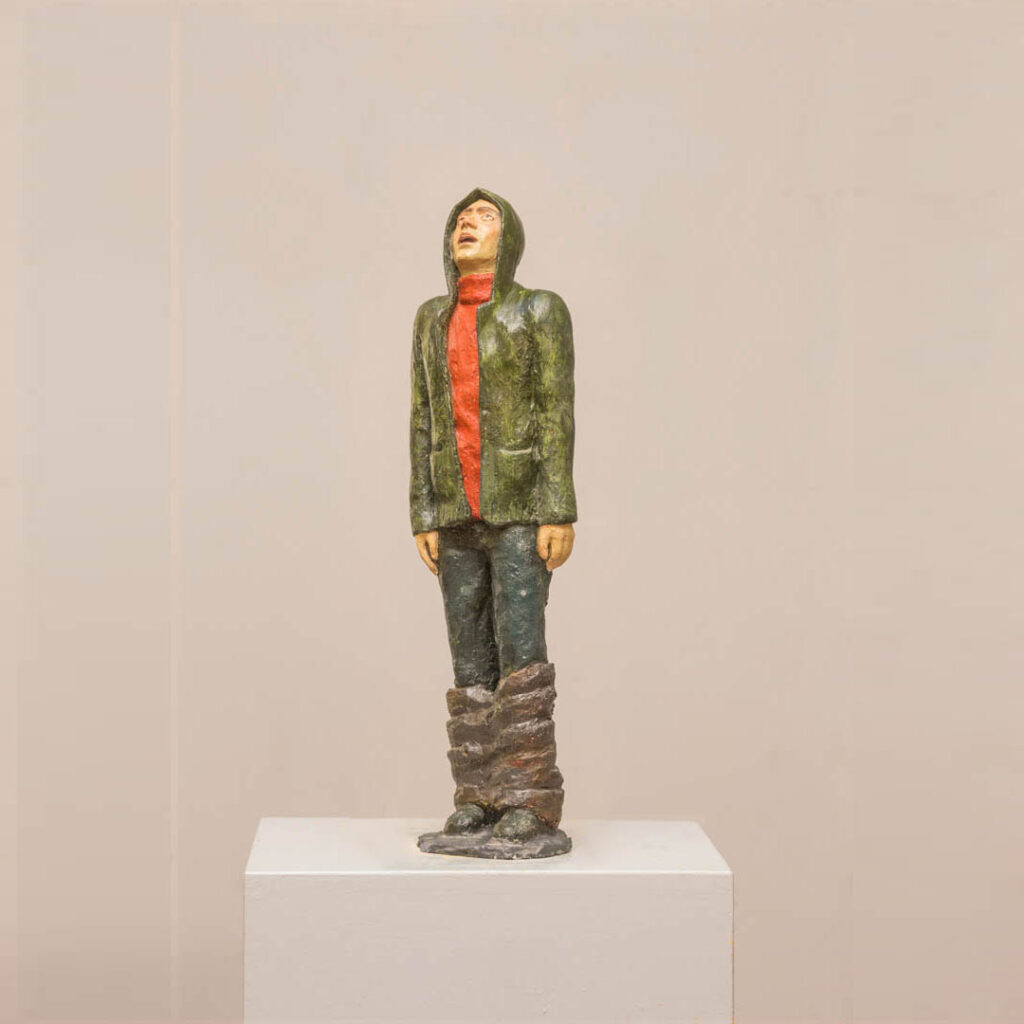 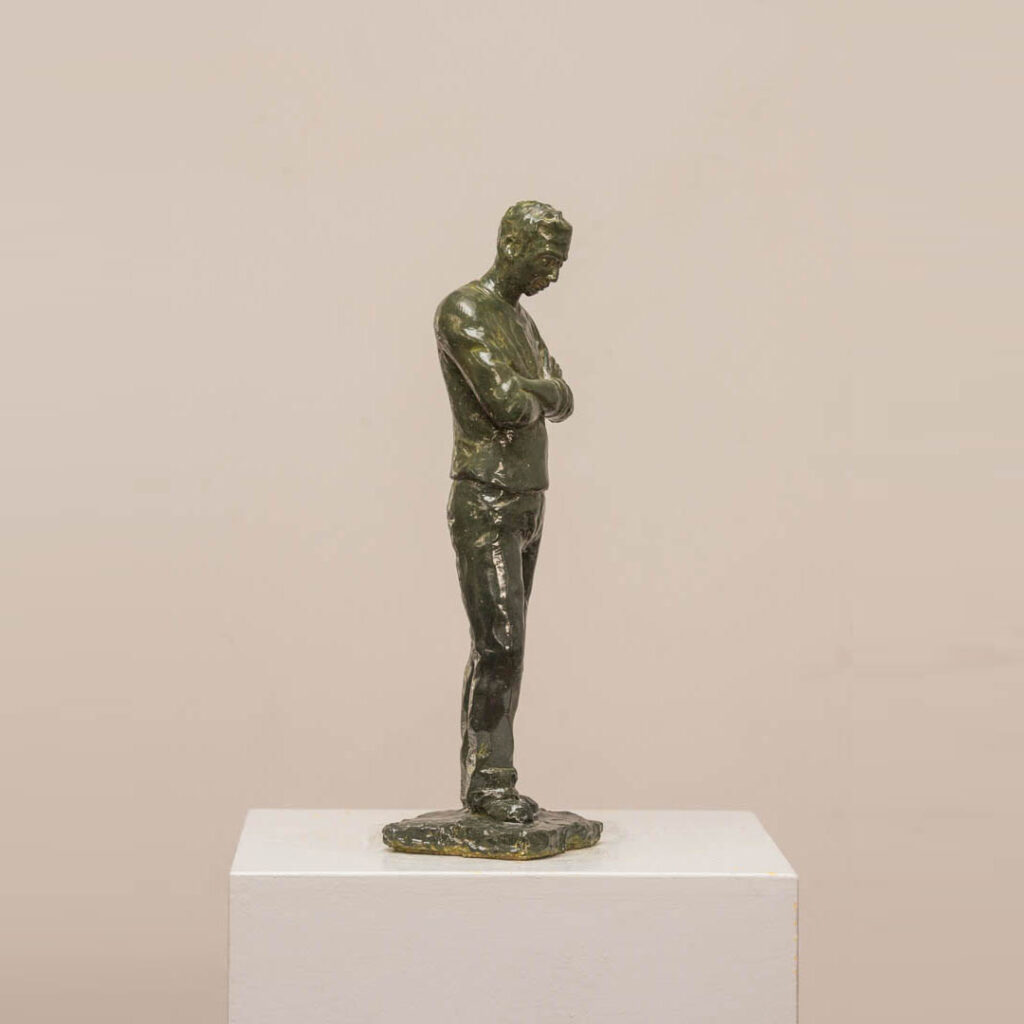 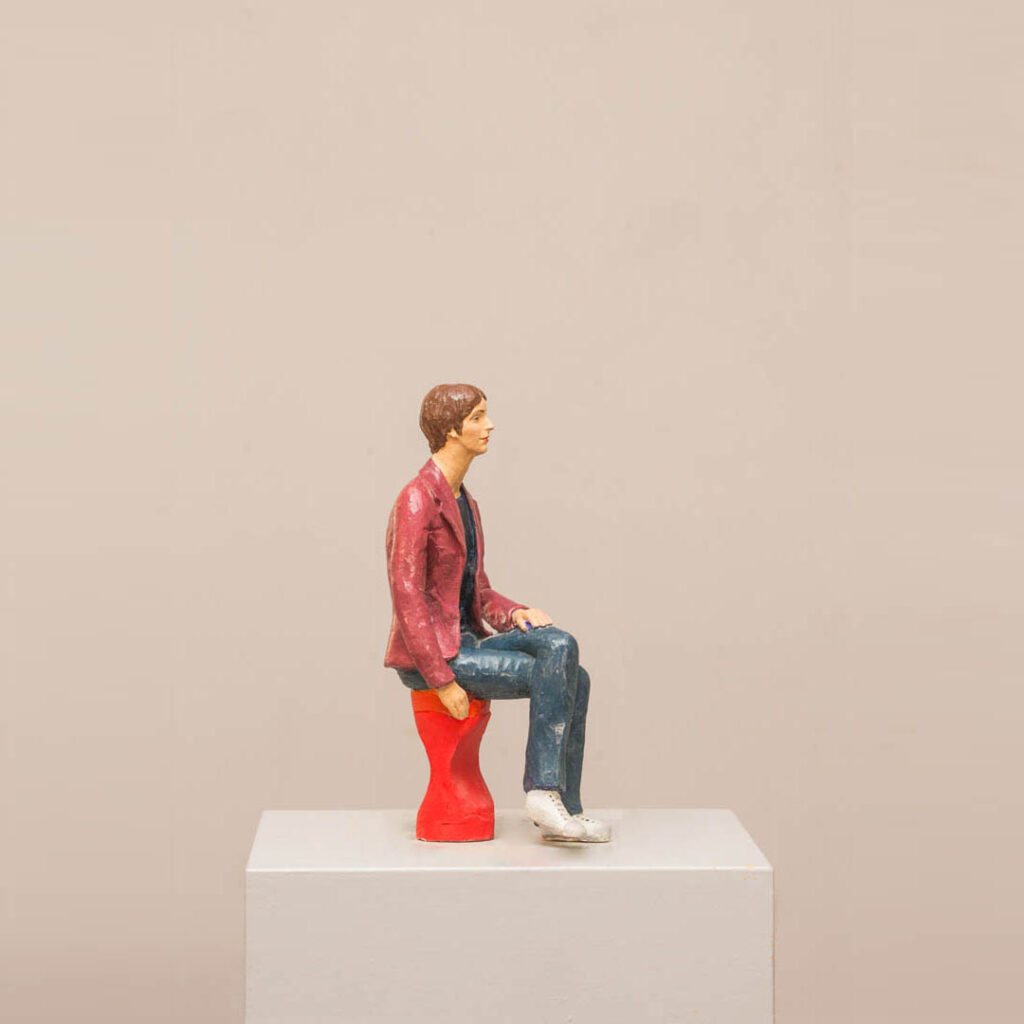 Paulina Cassimatis personifies situations, actions and activity by using her own ‘human types’ like the pieces on a chessboard which activate the contemporary polyptych of modus vivendi. The intensities of the colours are accentuated or moderated by the immobilized poses of the figures as they stand like statues, nevertheless monumentalizing evancent, the coincidental and the random. These are states which militate against duration and , paradoxically, the immobility of statues. Her sculptures are not such monumental masonry.

They are not monuments to heroic acts nor are they a reminder of persons or events laying claim to an escape from oblivion and the possession of a place in history.

These sculptures propose alternatives, probabilities and possibilities of the figure in presenting itself, obliterating on the one hand any assumed seriousness and idealism, and on the other, any maximalist negotiation with the ‘untroubled’ continuity’ of time.

Time in the works of Paulina Cassimatis is embodied by the intentions, sequences, associations and evidence of ‘acts’, while it is being fragmented into its moments. The ‘episodes’ of the coloured images compose and make up this time stage-directed symphony, thus creating a ‘mosaic’ of truths and falsehoods, questions and puzzles which bring to light aspects of contemporary life, with its well known and exceptionable on the streets of its human geography….