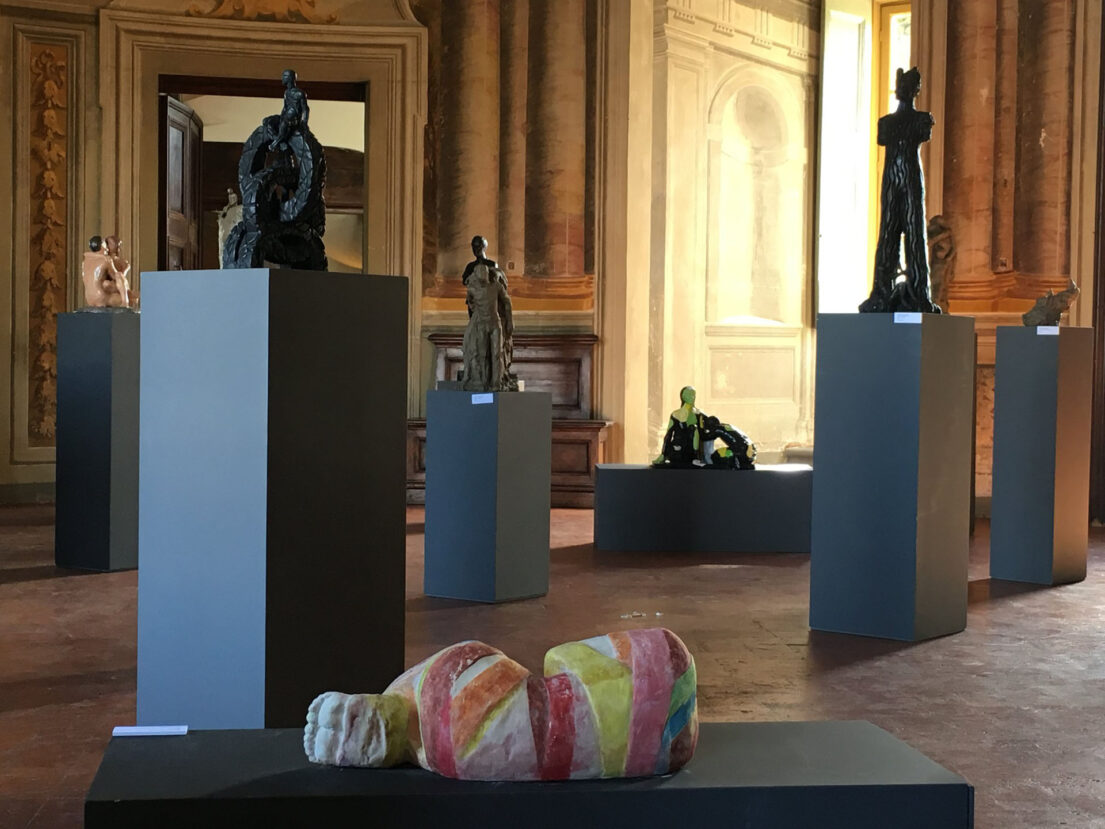 Villa Rospigliosi, near Lamporecchio, in the beautiful countryside of Tuscany,  has been fully restored after decades of neglect,  regaining all its original splendour. Designed by Gian Lorenzo Bernini for Pope Clement IX, born Giulio Rospigliosi, it is now open to the public and is the home to the 1 star Michelin Atman restaurant, called Atman, of chef Igles Corelli.

Back to “new life”, at Villa Rospigliosi we organise conferences, musical reviews, events, but also exhibitions of contemporary artists whose style blends well with the Baroque style of the interior.

On Saturday 22 October 2016, the villa hosted 22 works by the Greek artist Paulina Cassimatis (shown below in the photo with the mayor of Lamporecchio, Alessio Torrigiani) that span ten eleven years of work, from 2005 to 2016. She teaches sculptural art at the White Touch Studio Athens, which she founded. The technique she uses is classic and is based on two fundamental elements: the portrait tradition and the statuary beauty of Greek art. 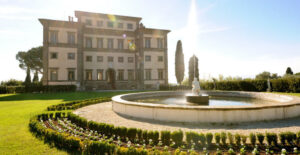 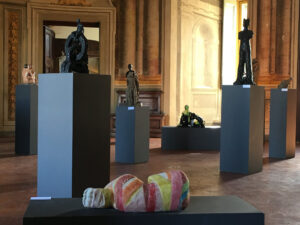 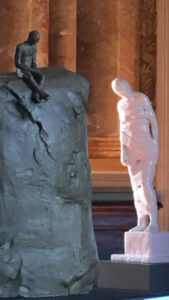 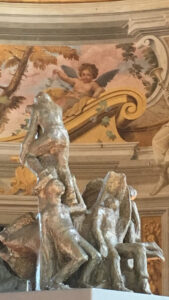 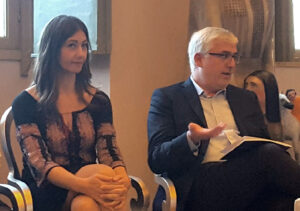 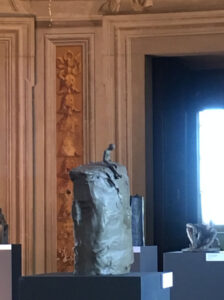